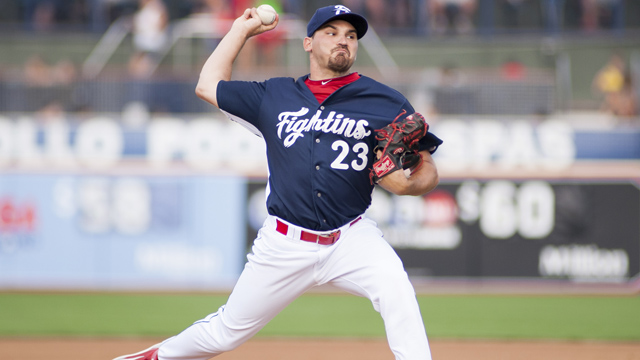 Ryan was born and raised in San Diego, California. He went to Valhalla High School. He was a four year varsity player. He was named first team all-league all for years of high school baseball. He is in the top three in almost every record at Valhalla High School for both hitting and pitching..

After high school, Ryan attended San Diego State University for two years where he was coached and mentored by Hall of Famer Tony Gwynn. Ryan transferred to Oklahoma City University for his junior year.  At the end of his junior year at OCU, Ryan was drafted in the 4th round by the Los Angeles Dodgers in 2011.

He played with the Dodgers in the Minor Leagues for one season.  In 2012 Ryan was traded to the Philadelphia Phillies. He spent four seasons with the Phillies in the Minor Leagues reaching as high as Double A (Reading Phillies) for two seasons. Ryan posted a career 3.18 ERA over five seasons of professional baseball.

Ryan's brother, Sean O'Sullivan. also plays professional baseball. Sean has been in the Major Leagues with the Angels, Royals, Padres, Phillies, and the Red Sox. Sean is currently playing in overseas in Korea. Ryan's younger brother, Casey, is committed with a full scholarship to play baseball at San Diego State University. Ryan is married and currently living in Forest Hill, MD.